There are a lot of narratives in the Beatles’ story that have evolved in the last 20 years or so of me being a fan.

George Harrison has gone from John and Paul’s “little brother” to every indie artist’s favorite Beatle–“Here Comes the Sun” is by far the band’s most-played track on Spotify. And there used to be a longstanding and seemingly impenetrable perception that the secret to the Lennon/McCartney partnership was that John was the raw, honest pessimist, while Paul was the sunny optimist. Never mind that John was the one who plastered “War is Over (If You Want It)” billboards around the world and Paul was the one who reacted to his own mother’s death by lamenting that the family was doomed without her nurse’s salary.

The biggest shift I think I’ve seen though is that, when I first started diving into their music, all the books I read and fans that I talked to were pumped about Sgt. Pepper. This was the record that changed the Beatles, that changed music, that changed the world. It was an insurmountable apex of an album and I couldn’t wait to hear it.

And then I listened to it and I was like, oh, yeah, that was good. I mean, I’d heard a lot of the best stuff before on the 1967-1970 set. And I liked a few other songs. But “Good Morning, Good Morning” and “Being for the Benefit of Mr. Kite!” weren’t exactly what I expected given all the hype.

That was Christmas 2000. A few months earlier, for my birthday, my sister gave me a copy of Revolver, an album that got way less attention but absolutely eclipsed Pepper in every way. (Well, minus one way–George Harrison’s token Indian song on Revolver is the dreary “Love You To” which I ranked all the way at #194. Pepper‘s “Within You Without You” is equally dreary but hasn’t appeared on the countdown yet.) It blew my mind that Sgt. Pepper was so hailed and Revolver seemed like an afterthought.

But things started to change. As more and more “best albums of all time” lists popped up, critics seemed to appreciate the pop craftsmanship and variety packed into Revolver‘s 35 minutes. Aside from the sprawling double White Album, it’s the most diverse and eclectic set of songs the band ever issued.

“For No One” is a lovely, morose song about the end of Paul’s relationship with Jane Asher, bound to pull on the heart strings. Though it possesses some of Paul’s trademark vagueness and distance–directing the emotional lyrics towards the listener rather than towards himself–it’s one of the most mature, poetic pieces in the Beatles’ catalog.

And it’s all the more remarkable that it shares an album with novelty hit “Yellow Submarine,” drug-addled rockers like “She Said She Said” and “Doctor Robert,” and the soundtrack to trippy Tibetan horror movies “Tomorrow Never Knows.”

This track made one of the bigger-than-expected jumps for me as I listened to the entire Beatles catalog to do this ranking. I realized there are a lot of elements of this song that I really like–there’s a smooth coolness to it that I never fully appreciated in the infancy of my Beatles fandom. Obviously, it’s still only coming in at #112 so it’s not as though I was like, “Holy crap, my entire life up to this point has been a meaningless lie. I can’t fathom why on earth I neglected to give ‘Got to Get You Into My Life’ the credit it deserves. What else have I been wrong about? Maybe END_OF_DOCUMENT_TOKEN_TO_BE_REPLACED

Money can’t buy me love, and fun is the one thing that money can’t buy, but still, nobody wants to give away 95% of their income to the government. But that was the situation for the Beatles in the mid-1960s thanks to Britain’s progressive tax laws, and George Harrison was none too pleased. “You are so happy that you’ve finally started earning money, and then you find out about tax,” he said. One would hope that he was familiar with the concept of taxation before the age of 23, but the point stands.

I can only imagine what listeners must have thought when END_OF_DOCUMENT_TOKEN_TO_BE_REPLACED

It’s impossible not to smile when you hear “Good Day Sunshine.” This simple, happy-go-lucky song is probably the least interesting component of Revolver, an album that saw the Beatles tackle new sounds that no mainstream band had ever attempted before. “Good Day Sunshine,” meanwhile, sounds like it could have come out of a 1920s vaudeville show. That’s not a criticism, mind you, and I still rank it over four other songs from that record. But it’s never registered with me as anything more than an enjoyable yet totally lightweight recording. 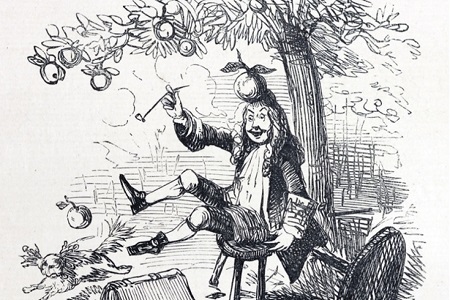 I think one of the issues is that END_OF_DOCUMENT_TOKEN_TO_BE_REPLACED

I’m listening to this song right now and I truly have nothing to criticize. Every element of this recording hits the spot. The precisely sharp guitar licks, the understated but psychedelic organ, Ringo’s crashing cymbals, and yes, of course, the harmonies. (Oddly enough, this time around it’s John and George–this is an unusual Beatles song in which Paul sat out.) If push comes to shove, I would nominate this as one of the coolest tracks in their catalog.

Coolness and weirdness are not, however, mutually exclusive and I think I have to be in a certain mood to fully get in the spirit of listening to a song that END_OF_DOCUMENT_TOKEN_TO_BE_REPLACED

“He wasn’t particularly quiet; he just didn’t demand to be heard.” So said Paul Simon following George Harrison’s passing, and it’s a quote that always stuck with me for close to two decades now.

As a former super-shy kid who admittedly still struggles with that sometimes, it was pretty easy for me to relate to the so-called “quiet Beatle.” George didn’t END_OF_DOCUMENT_TOKEN_TO_BE_REPLACED

“Yellow Submarine” is one of the first Beatles songs everybody hears as a kid, but I can’t say I have any sentimental attachment to it. I mean, I appreciate the kooky visuals and singalong aspect, but it’s END_OF_DOCUMENT_TOKEN_TO_BE_REPLACED

In a catalog filled with tracks like “Lucy in the Sky with Diamonds” and “Tomorrow Never Knows,” it says a lot that “Doctor Robert” is easily the most blatant song about drugs the Beatles ever recorded. I mean, if you’re naive enough, you probably could buy John Lennon’s explanation that END_OF_DOCUMENT_TOKEN_TO_BE_REPLACED

When people say that Revolver is the best album of all time, there’s a good chance they’re conveniently overlooking “Love You To,” George Harrison’s first full-fledged dive into exploring Indian music. (He took baby steps with a rudimentary sitar part on “Norwegian Wood” a year earlier.) The most interesting thing about “Love You To” is the realization that END_OF_DOCUMENT_TOKEN_TO_BE_REPLACED