This is part 3 of a series; check out parts 1 and 2. Scroll down for a Spotify playlist of the entire Best Of.

Paul McCartney’s legacy as the greatest musician of all time is firmly cemented in stone at this point, and by all rights he should be resting on his laurels and smoking joints rolled from $100 bills. Instead, he’s given up pot and released his best album in 36 years. There’s a track to satisfy every McCartney mood on Egypt Station but the one that hooked me right away was this Wings-esque rocker.

There are so many modern musicians that I think deserve more recognition, but for the most part, I acknowledge that they are acquired tastes. But I have no freaking idea why Jain is not insanely popular. She writes amazingly catchy hooks with a globally-appealing sound and on top of that she is responsible for some of the absolute coolest music videos I’ve ever seen.

It’s hard not to love Michael Bublé, and like clockwork every few years he delivers a new pop masterpiece that I can’t get enough of in between his crooning his way through the great American songbook. First came “Everything,” then “Haven’t Met You Yet,” and now it’s the Charlie Puth-composed “Love You Anymore.”

There are few things I love more than songs that feature great vocals and strong lyrics but would also make for killer instrumentals. This is a future synth-pop classic and I love every part of it.

I’m not ashamed to admit that I’ve listened to Weird Al’s medley of songs from Hamilton more than I’ve heard the actual soundtrack. Like all of his polkas, it gave me a greater appreciation for the original songs while simultaneously once again putting me in total awe of how creative and amazing Al is.

The late Scott Weiland was one of the most iconic lead singers of the 90s, and I still have a hard time wrapping my head around Stone Temple Pilots continuing without him. But I’ll be honest–if I heard this song in a vacuum, I wouldn’t know Scott was gone. New singer Jeff Gutt sounds exactly like him, and frankly the band’s new album is better than the last one with Scott. 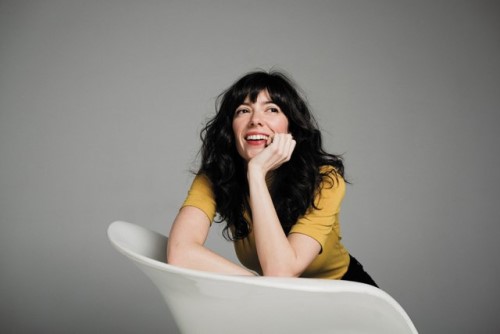 For those who are too hip to own up to their secret appreciation for Mariah Carey, this is a socially acceptable substitute. A spiritual sequel to “Fantasy,” it may not quite live up to that song’s sheer pop brilliance, but then again, that’s a pretty high roller coaster safety bar to live up to.

Much like Taylor Swift before her, Kacey Musgraves is currently in that transitional territory between her country roots and a more commercial pop sound. The best evidence of that is the bouncy “High Horse,” but I prefer the more mellow “Lonely Weekend.” Taylor’s reign as a pop goddess will probably go unchallenged, but I was really impressed with Kacey’s third major label album, Golden Hour, and if she continues to drift in this direction I’ll be very curious to hear how she follows it up.

The Regrettes’ 2017 debut album was a solid but largely unspectacular introduction to their hybrid sound of 60s girl groups and punk rock. This year, they totally came through with a more polished pop sound without sacrificing any of their trademark empowering bluntness. It’s not your fault if you blast this on repeat.

It started as a joke. It became a triumphant call to arms in these troubled times, something a divided nation can take solace in, knowing that there is one clearly accepted truth we can all get behind. And that is: it feels good to be in R.E.M. The backstory: Parks and Recreation‘s Adam Scott and Comedy Bang! Bang!‘s Scott Aukerman began a podcast in which they reviewed the discography of one of my favorite bands, the aforementioned R.E.M. In one episode, they toyed with the idea of the band reuniting solely to perform this new song about the merits of being a member of R.E.M. A talented listener ran with it and provided instrumentation (including a genius touch of mandolin), bringing life to this song that Michael Stipe purportedly wrote after “a very bad, a very dark period.”