As we bid a fond “Smell ya later” to 2017, it’s time to finally unveil the best song of the year.

This is part 3 of a series; check out parts 1 and 2. Scroll down for a Spotify playlist of the entire Best Of.

I suppose it was silly of me to assume that a pop band would be singing about the king of Prussia, but it may be my best misheard lyric ever. Instead, this is a classic case of a perky backing track masking a frank message about how sometimes we need the opportunity to just not be feeling it. Paramore has always had deeper-than-expected lyrics, and I like this new 80s direction they’re heading in.

Wolf Alice epitomizes coolness, and their second album didn’t suffer from anything remotely resembling a sophomore slump. Despite clocking it at under four minutes, “Planet Hunter” is probably the most epic song released in 2017. Seriously, see them live if you can, and then in 25 years you can be like one of those cool guys who managed to catch Nirvana in concert. I mean, I’m hoping Wolf Alice doesn’t meet the same fate, but they’re due to break big.

Look, I really do like current music, even if half of these songs sound like they came out in 1983. This airy Blondie-style throwback may not be flashy, but hey, I have to give points for refusing to cave in to society and call the song “Dreams Tonight.” That would have been lame.

In 2011, this Canadian indie band posted an inconspicuous Facebook message about selling an amp…and for the next four years, Land of Talk was silent. Luckily they reemerged to play shows and eventually release some new music. As the opening track on an album from a band I thought we’d lost too soon, I was excited to hear “Yes You Were” from the get-go, and this short-and-sweet rocker never left my playlist. Hearing Elizabeth Powell tell listeners, “Yes you were, you were on my mind” was perhaps the most reassuring musical moment of 2017. 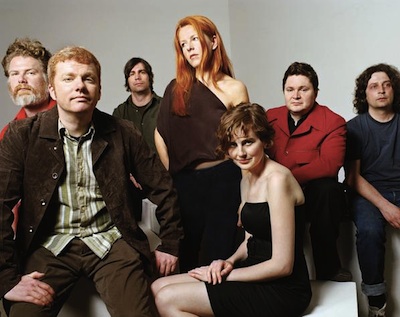 Another one dug up from the musical time capsule that was buried some time in the 80s. It’s the last one, I promise. This band has always utilized the male/female vocal dynamic masterfully and I think it’s that element that has made this song so addictive for me. Just try to get that hook out of your head.

Foo Fighters had lost me for a bit–their last album was way too comfortable and predictable. This year’s Concrete and Gold wasn’t a complete victory, but they revitalized their sound just enough (and, well, maybe my expectations were just low enough) that I found myself excited by the Foo Fighters once again. There are quite a few great songs here, but this 70s-influenced rocker is the one that I can’t stop playing. (I promised no more 80s, and I’m a man of my word.)

So how about a total 90s flashback now? Quicksand is one of that decade’s finest forgotten bands; they were just slightly too heavy to win over casual grunge listeners but this crunchy riff from their first album in 22 years is too powerful to ignore.

We haven’t left the 90s alternative scene quite yet. Nina Gordon and Louise Post are kicking themselves that this is not a Veruca Salt song. Everything about this song comes together so well: the fuzzy guitars, the dizzying drums, and the sultry, fiery vocals. I don’t know which wolf Laura Burhenn will end up feeding, but I hope it’s whichever one will lead her to write more incredible songs like this one.

If you ever get tired of “Favorite Beatle?” as a music-based ice-breaker, maybe you can ask “Favorite Beck?” instead. For over two decades, Beck has consistently reinvented himself and deliberately taken oddball turns that somehow almost always manage to pay off. When he promised that the follow-up to gloomy 2014 Album of the Year Grammy winner Morning Phase would be more along the lines of 1998’s funky, Prince-imitating misunderstood masterpiece Midnite Vultures, I was pumped. When the long-delayed Colors finally arrived in October, it didn’t quite live up to that hype: Vultures is bizarre and insane; Colors is actually fairly conventional (although coming from Beck, maybe that’s bizarre). It’s still one of the best albums of the year, and “No Distraction” immediately stood out as my favorite track (and ultimately, my favorite song of the year), if for no other reason than the melody on the line, “They pull you to the left, pull you to the right, pull you in all directions.” I can’t think of any better way to describe it than it is the most “Beck” moment ever, in a catalog that’s otherwise so impossible to define. 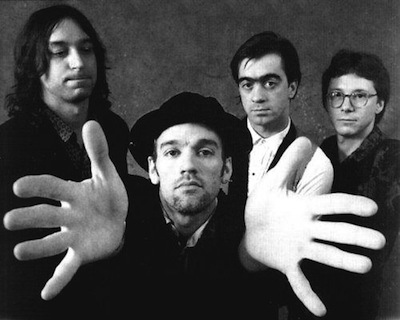 R.E.M. sadly seems firm in the finality of their 2011 breakup, but the blow is slightly softened by the release of archival collections, such as the 25th anniversary edition of Automatic for the People. Among the demos is this fully-realized lost song written and sung by bassist Mike Mills. The lyrics are a bit trite but this is one of the catchiest melodies R.E.M. ever came up with, and it’s unfortunate that they never explored it further. But better late than never for this gem to see the light of day.