When the inevitable 50th anniversary Let it Be box set is released later this year, there’s one outtake you can safely bet will be omitted. See, it took several attempts before “Get Back” evolved into its final form, and along the way it took…well, let’s go ahead and call it a detour before Paul McCartney becomes a victim of cancel culture.

In the version we all know and love enough to rank at #88, the chorus “Get back to where you once belonged” implies a return to one’s roots–in fact, that was even part of the song’s marketing campaign, suggesting that the Beatles had recorded a “pure spring-time rock number” that was “as live as live can be.” But in an earlier draft, it carried a far more sinister message with END_OF_DOCUMENT_TOKEN_TO_BE_REPLACED

Paul McCartney, you were right.

Have you ever not listened to a song for years, and then you hear it and it just sounds off from the way you remember it? I’m having that feeling right now as I play “The Long and Winding Road” as released in 1970.

It’s not that I’ve completely shunned the song, but the understated Let it Be…Naked rendition has been my go-to version for so long that when I went back to listen to the original just now, I’m so thrown by the shimmering strings and pristine choir. Some backstory: in January 1969, the Beatles recorded what was intended to be an album called Get Back, named both for their next single and the fact that it was supposedly a back-to-basics project. The next year, the tapes were controversially END_OF_DOCUMENT_TOKEN_TO_BE_REPLACED

That the Beatles transformed over the course of their career is hardly news to anyone. In the relatively short span of 1962 to 1969,  their personalities, relationships, and songwriting evolved, but ultimately they were the same four people: John, Paul, George, and Ringo. At the core of that line-up was the legendary Lennon/McCartney partnership, an often exceptionally complicated pair who undoubtedly brought out the creative best in one another. 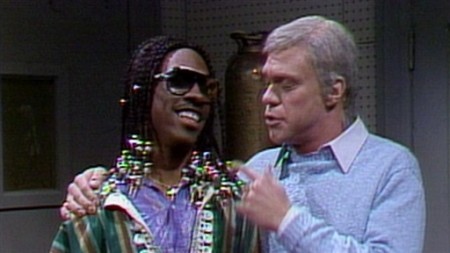 Unlike the ill-fated duo of Frank Sinatra and Stevie Wonder.

The sessions that eventually led to the Let it Be album and film were designed to bring the band back to its roots–“as nature intended,” according to an ad campaign–mostly in that the resulting music would be free of overdubs and “electronic watchamacallit.” (This eventually proved to be far from the case, but that’s a story for another write-up.) But the frosty, on-camera rehearsals END_OF_DOCUMENT_TOKEN_TO_BE_REPLACED

Since George Harrison is my favorite Beatle, I probably subconsciously grade some of his songs on a curve. (But not all of them.) If “For You Blue” hadn’t been one of the allotted two Harrisongs on Let it Be, I probably would be more immune to its bouncy charms. But honestly, that’s possibly the most appealing thing about “For You Blue”: save for his ironically salty ode to Eric Clapton’s sweet tooth, “Savoy Truffle,” and the quirky b-side “Old Brown Shoe,” “For You Blue” is practically the only moment on record in the Beatles’ later era where END_OF_DOCUMENT_TOKEN_TO_BE_REPLACED

It’s the rawest moment on the rawest Beatles album: Ringo Starr yelling “Hold it!” to halt his bandmates from playing before he blows his nose. Why producer Phil Spector saw fit to include this false start on the Let it Be album is a mystery, but maybe we’re all just better off not speculating on why Phil Spector does the things he does.

Hey Phil, next time you murder somebody, maybe start with your barber.

“Dig a Pony” is another in the long line of songs John Lennon wrote only to later deem a “piece of garbage,” and while I wouldn’t go that far, he clearly END_OF_DOCUMENT_TOKEN_TO_BE_REPLACED

Trimmed down to 50 seconds from a jam that lasted more than 12 minutes, “Dig It” is the perfect encapsulation of the sessions that eventually produced the Let it Be album: a rambling, “we’ll figure it out as we go” shrug set to music that ultimately finds some purpose. For “Dig It,” it’s transitioning into the glorious title track on said album. The sessions culminated in the Beatles’ famous final live performance on the Apple rooftop. But in both cases, it took a lot of END_OF_DOCUMENT_TOKEN_TO_BE_REPLACED

This traditional Liverpudlian sea shanty about a robbing prostitute provided some much-needed levity for the lads during the tense Get Back sessions, but that didn’t mean it needed to show up on the eventual Let it Be album. Granted, it’s just 40 seconds, too short to be truly offensive, but surely they could have END_OF_DOCUMENT_TOKEN_TO_BE_REPLACED