Before the Beatles took over the world, they were paying their dues in German clubs, playing to drunken audiences for over four hours a night. Three members of the band wound up getting deported, and in a fun twist that nobody could have seen coming, John Lennon wasn’t one of them.

In between the authorities discovering that George Harrison was underage, Paul McCartney and Pete Best determining that lighting a condom on fire would be an adequate substitute for a lightbulb, and John Lennon winning crowds over with Nazi salutes and a Hitler impression (I said he didn’t get deported, not that he didn’t do anything offensive), the band built up an amazing repertoire of songs they could perform at a moment’s notice. That came in handy when it was time to record their first album, Please Please Me, as time constraints forced them and producer George Martin to prioritize muscle memory above all else. 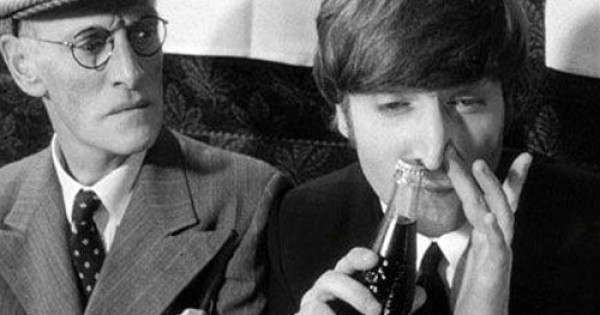 Every subsequent project prioritized drugs above all else.

This raises the question…why did they choose such lousy covers for Please Please Me? What made them decide on a weak mixture of obscure girl group songs, a Broadway throwback, and underwhelming R&B numbers? (There’s a key exception that’s obvious to anyone who’s seen Ferris Bueller’s Day Off.) Especially because they followed the exact same formula for With the Beatles a few months later, and the covers were so much better. You can chalk it up to being more comfortable in the studio environment, but I think the biggest factor is that most of the selected songs on the sophomore set are simply superior.

Now, I’m not gonna argue that the Donays’ “Devil in His Heart” should be etched into a rock ‘n’ roll Mount Rushmore. But it’s a lot more listenable and possesses more entertainment value than, say, “Chains.” For the second entry in a row, I need to sing the praises of George Harrison here, who was an unheralded hero in the band’s early years. His Latin-flavored guitar playing here elevates the song immensely, and his charming vocal performance deserves more credit as well.